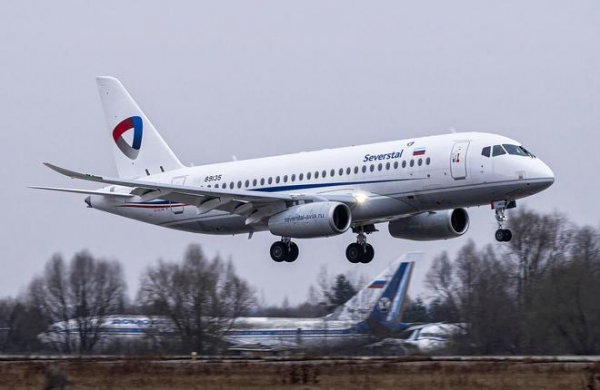 Rosaviatsia certified horizontal (propeller) wingtips (saberlets) for aircraft Superjet 100 (SSJ 100) manufactured by company “Sukhoi Civil aircraft” (SCAC). The first aircraft with this option, the manufacturer gave to the lessor the STLC. The operator of this machine, as expected, will become the airline Cherepovets “Severstal”. The carrier notes that the Superjet 100 c wingtips is important to expand the geography of international flights of the airline.

This happened a month and a half after the message on completion of GSS in Zhukovsky flight test program of the SSJ 100 with saberlets. It was originally expected that the project of equipment of planes of this type can be implemented by the end of 2017, two years ago.

Horizontal winglets equipped aircraft (serial number 95181) release 2019 For operation in civil aviation this machine will get the registration number RA-89135. 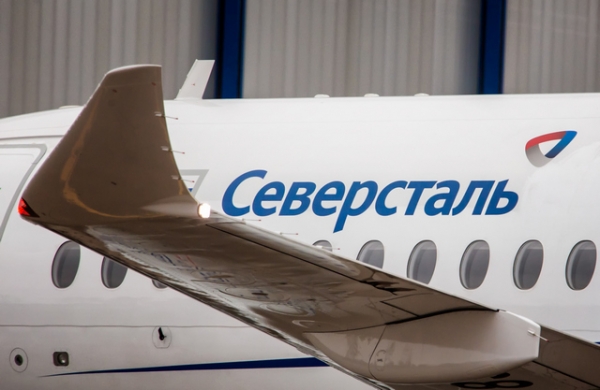 Horizontal winglets on the Superjet 100 aircraft of the airline “Severstal” :: GSS

The first impression of the operator

On 13 December, the airline “Severstal” participated in a familiarization flight on this aircraft.

“Emotions from the flight overwhelm me. To participate in flight with test pilot I had never. Flying very much. I saw the capabilities of the aircraft and just loved it, — said Deputy commander of the air squadron aviation enterprise “Severstal” Vadim Priymak. – The airline “Severstal” we operated Superjet 100 a year. First, during transition, I say, is skeptical of this aircraft. And now the more you fly, the more I like him. No features when piloting Superjet 100 aircraft with no winglets. The plane is very well behaved in all modes. I think that the transition to aircraft with winglets will be painless”.

According to General Director of aviation enterprise “Severstal” Nikolay Ivanovsky, Superjet 100 with saberlets more environmentally friendly that “particularly important given the expansion of the geography of international flights”.

Читайте также  {:en}VIDEO: IN Riga airport will build a new infrastructure for passengers and freight handling

“Today we are making a choice in favor of modern technology, which will help to ensure the comfort and safety of passengers, as well as our efficiency,” he said.

Acts technical acceptance and acceptance between the GSS and the STLC signed on Wednesday, December 18.

According to the CEO of GSS Ravil Khakimov, introduction endings “would save the airline up to 10 million rubles per year for one SSJ 100”. This amount corresponds approximately to one monthly lease payment for the Superjet 100.

The main advantage of the aircraft with the winglets in that the operation of the armed forces becomes more economical, says the official report of the GSS, submitted to the office ATO.ru.

“Airline SSJ100 operators can reduce their costs for jet fuel is not less than 4%. It is important that new development does not impact on the weight of the aircraft, because the ending is made of composite materials, — commented Andrey Nedosekin, Deputy Director of GSS development. — In addition to improving the fuel efficiency of installation of the winglets helps to improve the landing characteristics of the sun, has a significant impact on reducing the level of noise on the ground.” 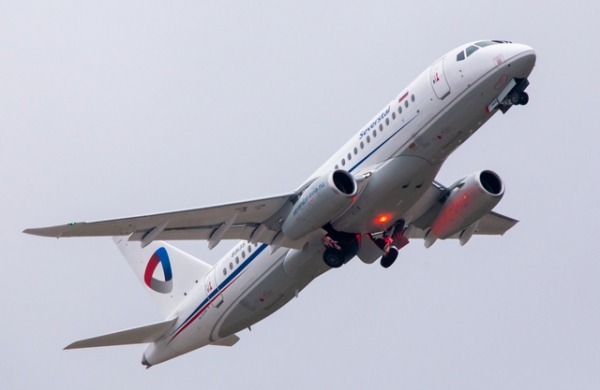 From the presentation of the GSS “Installing winglets on the aircraft SSJ-100” (in edition ATO.ru) that the installation kit saberlets weighs about 70 kg (about 0.3% of the weight of empty weight of aircraft).

Deputy chief designer of Sukhoi Alexander Dolatowski handed ATO.ru through the press service of the manufacturer that the equipment Superjet 100 allows the wingtips to reduce the noise level of the armed forces on the ground to the provisions in Chapter 14 of volume 1 “Aviation noise” Annex 16 to the Convention on civil aviation by ICAO.

Also, this option provides solid stock for carbon dioxide emissions relative to CAEP future requirements 10. They are designed by the ICAO Committee on environmental protection from the effects of aviation (Committee on Aviation Environmental Protection CAEP).

In addition, according to Bolotovskogo, through the use of saberlets appears the possibility of increasing the weight of the Superjet 100 during operation of the aircraft in conditions of heat, high altitude, and of basing aircraft at airports with short runways.

Deputy chief designer said that, equipping Superjet 100 endings, operators can save on maintenance of the sustainer (main) power plant.

Reduce the cost of THE engines can be achieved at the expense of their work during takeoff at reduced thrust (using flexible take-off).

Leonid Chikunov, first Deputy head of the flight Department of the GSS, honored test pilot of Russia: “From the point of view of piloting the aircraft with winglets and without them are very similar. But sun saberlets a higher aerodynamic quality, slightly better maneuvering characteristics and slightly less fuel consumption”. 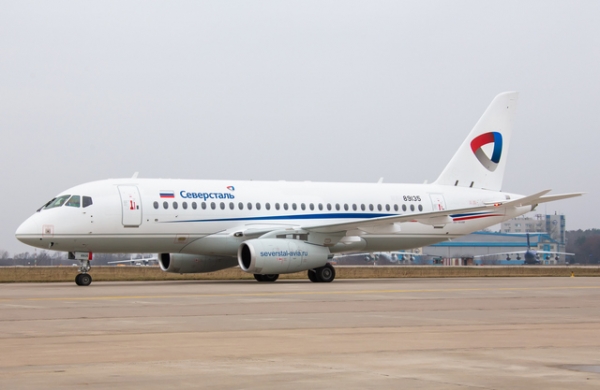 The fourth Superjet 100 to airlines of “Severstal” in Zhukovsky :: GSS

Horizontal winglets can be fitted both new and already operated by the Russian Superjet 100 operators.

GSS declare that to install saberlets on previously delivered airplanes can airlines themselves under THE service Bulletin. It has already been released by the manufacturer. The aircraft manufacturers did not disclose the cost of a set of endings and the number of man-hours required to equip one aircraft saberlets.